Voting is essential, and residents of Scarborough’s Ward 22 can cast ballots for a new councillor on Friday, Jan. 15 as planned, the City of Toronto says.

The timing of the order and provincial state of emergency prompted one candidate to ask the city to postpone Election Day.

Tony Luk also wrote the 26 other candidates in the race, asking for their support.

“This announcement will undoubtedly affect very many voters who will no longer go to their voting places to cast their ballot,” he said in an open letter.

So far, though, no other candidate seems to agree, and City Clerk John Elvidge said he’s confident special measures against COVID-19 at voting places will keep voters, candidates, scrutineers and election staff safe.

“These measures exceed the requirements for other business and services that have remained open,” the city added in a release, but warned people to stay home if they are not feeling well.

Polls will be open from 10 a.m. to 8 p.m. Friday, and mail-in ballots can be dropped at boxes outside Stephen Leacock Seniors Centre and L’Amoureaux Community Centre until 6 p.m.

Unofficial results will be posted, starting at 8 p.m., at the city’s Election Services page at www.toronto.ca/byelection. 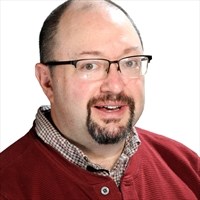 Mike Adler is a reporter with toronto.com and Metroland Media Toronto who covers Scarborough and other overlooked parts of Toronto. He worked previously for Metroland in York Region. Email him at madler@toronto.com